Their story together begins in 2001 when Nancy & Ed met and started dating.  Nancy was living & working in Plattsburgh, NY, & Ed in Stowe, VT. While planning their wedding in 2002-2003, Nancy accepted her dream job with a Fortune 500 company in sales & marketing & relocated to Southern Vermont.  Ed soon followed & accepted an offer to be the Executive Chef to open the Stratton Mountain Club at the famed Stratton Mountain Resort.  The two were married shortly after relocating to Manchester Center, VT.  They built a house in Arlington & began their life in the Northshire.  They adopted their daughter, Lanie, in 2011.  Opening a restaurant was not on their radar for many years, but the urge for a new challenge in life started to take root in 2013-14 and opening a restaurant seemed like the natural choice.  Ed would manage the back-of-the-house, while Nancy was well-suited to manage the-front of-the-house, marketing and interior decorating.

Once Nancy & Ed secured the property at 1844 Depot Street, the race was on to refine their business plan, renovate & open.  The building had great "bones," but it needed major updating.  The building was pretty much gutted & everything was either replaced, repaired or renewed.  This process took about 4 months.  The opening was at the end of October 2014.  Thus, began their journey as restaurant owners in the resort town of Manchester, Vermont.

Ed St.Onge, CEC, acquired his Executive Chef Certification from the Culinary Federation of America through hard work and years of tenacious dedication to become proficient in the many challenging aspects of becoming a well-rounded Executive Chef.  From a young age, Ed was driven to succeed.  His career began on Nantucket, then he lived & worked in Stowe, VT, for over 20 years. While in Stowe, Ed worked at 3 different properties, but he gained much of his fine dining experience at Top Notch Resort and Spa, a 5-star resort.  He was an active member of the Vermont Chapter of the American Culinary Federation for many years & participated in many charity events & cooking demonstrations.  During this time, he was awarded the prestigious "Vermont's Chef-of-the-Year" award from the Vermont Chapter of the ACF.  During his early years at Stratton Resort, Ed was challenged with helping to launch the new "members only" Stratton Mountain Club & he flourished in his role there.  After a few years, Ed was promoted to Food & Beverage Director for the mountain by its former owners, Intrawest, and he remained at Stratton until 2014.  Ed has an associates degree & a strong interest in geology.  He loves the outdoors and skiing, golfing and hiking are among his many passions.  He loves to read about geography and he has read the National Geographic from cover to cover evey month for the last 35 years!  Ed is very knowledgable about wine & wine/food pairing and he has collected wines for over 30 years.

Nancy was new to the hospitality industry, but her background in sales & marketing has helped her with the transition into management, advertising, event coordinator & menu development.  She also has a BS degree in biochemistry & was a registered dental hygienist in her younger years.  Nancy enjoys spending time with her family, boating, hiking, reading & has always had a passion for interior design, landscaping, masonry & architecture.  In fact, Nancy was the inspiration behind the popular rustic-industrial theme at Raven's Den.  Her natural curiosity & passion for interior design has made Raven's Den one of the most unique restaurants in the area.  The main industrial theme provides a hint of Vermont decor without going over the top.  Customers comment on the warm ambience of Raven's Den on a daily basis.  Her most recent passion is in resin art and is avaiable for commisioned wall pieces, countertops and table tops. 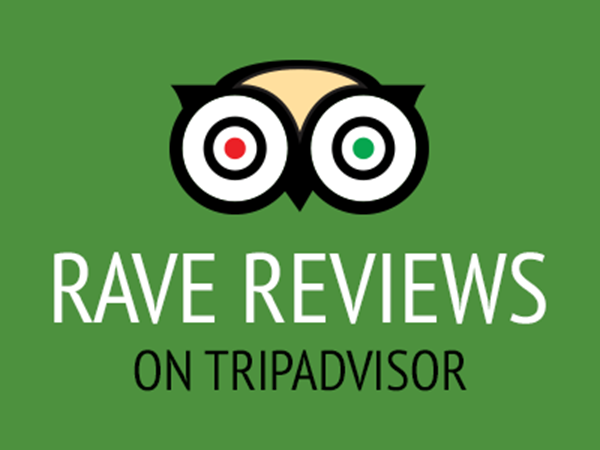 Come see what all the fuss is about. Great food, great atmosphere & great times. Receive top notch service from people who care. Call for a reservation, call ahead wait list or just drop by... 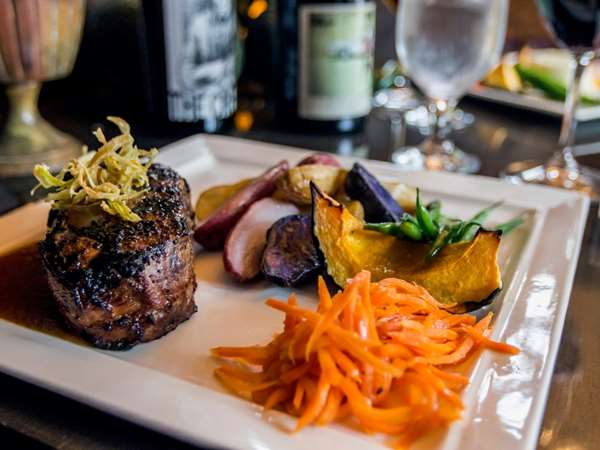 Right off Route 7, Exit 4 - turn east. Raven's Den is 1/3 mile on the right; it is the perfect choice for patrons, tour busses, large groups & family gatherings.

Enjoy professional, efficient service, great food, and warm atmosphere. There is a dining room, outdoor patio with fire pit, & a tavern with a stone fireplace. We customize menu and help with planning; it's as easy as picking up the phone. 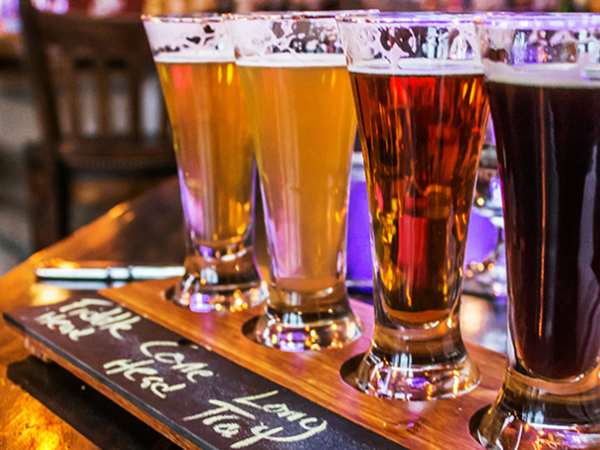